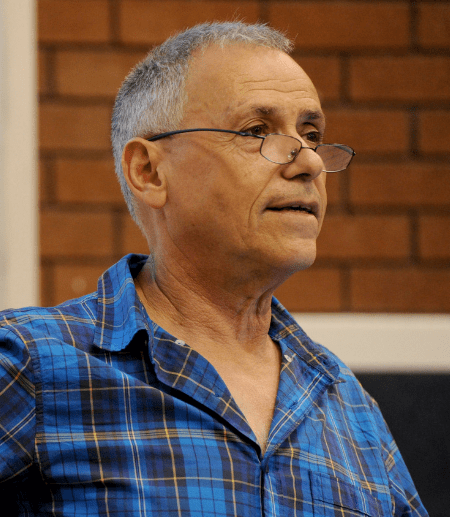 Renowned economic theorist Ariel Rubinstein will discuss "Economics With Norms and Without Prices" on October 28 at the 2019 George Staller Lecture.  His talk at 4:00 pm in Statler Hall’s Auditorium, is free and open to the public.

"Ariel Rubinstein is one of the world's most prominent economic theorists, with seminal work in game theory," says Kaushik Basu, C. Marks Professor of International Studies and Professor of Economics. "What makes him special is the philosopher's touch that he brings to his writings."

"Rubinstein will present his recent research on restarting economics "from the beginning." In traditional, neoclassical economics, it is prices that create order, by bringing into alignment the demands and supplies of various goods and services. Rubinstein's lecture will show how norms and social arrangements can bring harmony to environments with conflicting individual interests due to economy-wide feasibility constraints, without the need for prices," adds Basu. "The invisible hand of social norms can do more than what is traditionally supposed."

Rubinstein is a professor of economics at New York University and Tel Aviv University, where he holds the Salzberg Chair. His main fields of research are economic theory, models of bounded rationality, decision theory, and game theory. He is widely known for his 1982 "Econometrica" paper, "Perfect Equilibrium in a Bargaining Model," which has been cited over 6,000 times. His findings are an influential contribution to game theory and became known as the Rubinstein Bargaining Model.  He is the author and editor of many books, including “Bargaining and Markets" and "A Course in Game Theory," both co-authored with Martin J. Osborne, "Modeling Bounded Rationality," and "Economic Fables."

Rubinstein received his B.A., M.A., and Ph.D. from Hebrew University in Jerusalem. He is a foreign honorary member of the American Academy of Arts and Sciences, an Elected Fellow of the Israeli Academy of Sciences, and Elected Corresponding Fellow of the British Academy. He is a Fellow of the Econometric Society and served as president of the organization in 2004.

Recognizing his original and outstanding published work, Rubinstein was awarded the Israel Prize in 2002, the Emet Prize for Art, Science and Culture in 2006, and the Rothschild Prize in 2010. In 2004, he was awarded the Erwin Plein Nemmers Economics Prize for “his work on several of the most important problems in economic theory and led the development of literatures in several areas of research. Rubinstein's seminal contributions to economics – especially in bargaining, a basic economic activity – have opened up new avenues of research and new ways of thinking.”

Dr. George Staller joined the faculty of Cornell's economics department in 1960 and taught for 49 years. His research included studies that compared planned and free market economies, and analyses of industrial growth and industrial output within Soviet Eastern Europe. However, Staller was perhaps best known for -- and derived his greatest professional satisfaction from -- teaching popular undergraduate economics courses. He taught courses on the economies of the Soviet Union and Eastern bloc and comparative economic systems as well as introductory macroeconomics courses. After his passing, the first annual George J. Staller Lectureship in Economics was delivered at Cornell in 2009 in honor of his teaching at Cornell. The George Staller Lecture is a Cornell Economics tradition made possible by a gift from Russell B. Hawkins '77.