Book investigates resilience in the face of chronic poverty

The world has seen real progress in reducing poverty over the last few decades. But the persistence of chronic extreme poverty, and the fact that has become most concentrated in sub-Saharan Africa, has prompted new research on the thorny topic.

A new book, “The Economics of Poverty Traps,” co-edited by a Cornell agricultural and development economist, highlights cutting-edge research on the mechanisms that keep people entrenched in poverty.

“The more we know about poverty traps, the better positioned we become to design resilience-building programs and policies to overcome them,” said co-editor Chris Barrett, the Stephen B. and Janice G. Ashley Professor of Applied Economics and Management, International Professor of Agriculture, and professor of economics.

The book brings together a collection of studies – including two co-written by Barrett – on the processes that allow households to accumulate assets and increase their productivity, and the conditions under which some people and groups struggle to escape from chronic extreme poverty.

The papers were first presented at a National Bureau for Economic Research conference in Washington, D.C., in June 2016. They’ll be discussed at a follow-up conference Dec. 6, also in Washington, at which Barrett will speak.

The book is distinctive for several reasons, Barrett said. First, it presents new concepts and theories that extend the longstanding research in the field, he said. “Some chapters develop new links to behavioral, health and resource economics, and to sociology, psychology, health and environmental literatures, which have been absent from poverty traps research until now.”

New mechanisms outlined in the book include: 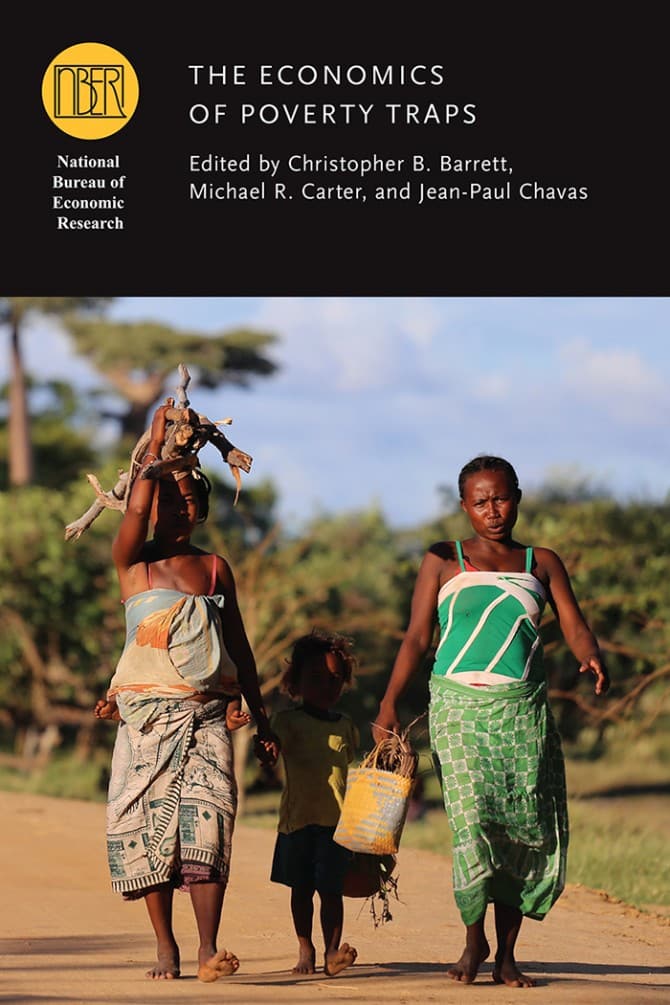 Their framework offers a solution to a challenge faced by analysts and policymakers: Within a given poor population, any number of mechanisms might be in play. “Analytical models that focus attention tightly on a single mechanism can yield important theoretical insights and yet prove ill-suited to isolating patterns in data originating from a much more complex, real-world setting,” Barrett said. “The framework we introduce provides a more robust platform for studying well-being dynamics across a range of developing economies.”

One theme that emerged from the 2016 conference was the importance of untangling the many mechanisms potentially at work in persistent poverty and understanding how they interact. The book explores new research on the topic by some of the profession’s top scholars in this space, Barrett said. “Significant new insights are advancing our ability to inform policy through more nuanced, rigorous, theory-guided empirical research.”

The book also brings together new and important empirical studies on a range of different interventions in a variety of settings worldwide. Drawing on multiyear field research in Africa, Asia and Latin America, as well as historical data from the United States, chapters evaluate the impacts of a range of natural phenomena, such as droughts and tsunamis, and economic shocks including the 1997 Asian financial crisis. The chapters also assess the impacts of policy interventions such as cash transfers, physical asset transfers, microcredit and microinsurance, and attempts to build social networks and promote higher aspirations and hope among the poor.

“This is not only a burgeoning area of interest among economists,” Barrett said. “It’s also a pressing area for research to help inform global and local policymaking and project design.”

This article originally appeared in the Cornell Chronicle on December 4, 2018.