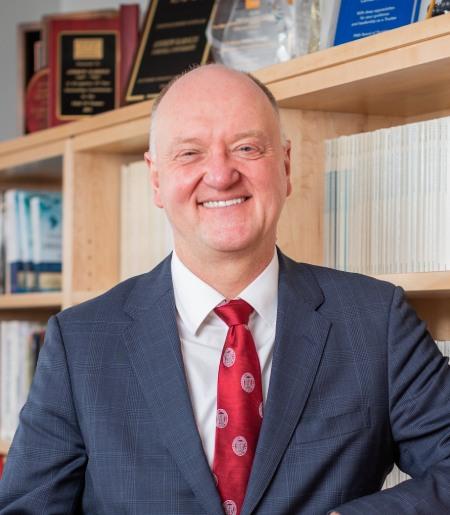 Professor Karolyi is an internationally-known scholar in the area of investment management, with a specialization in the study of international financial markets. He has published extensively in journals in finance and economics, including the Journal of Finance, Journal of Financial Economics and Review of Financial Studies, and has published several books and monographs. His research has been covered extensively in print and electronic media, including The Wall Street Journal, Financial Times, The Economist, Time, New York Times, Washington Post, Forbes, BusinessWeek, and CNBC.

Karolyi currently serves as executive editor of the Review of Financial Studies, one of the top-tier journals in finance. He is and has also served as an associate editor for a variety of journals, including the Journal of Finance, Journal of Financial Economics, Journal of Empirical Finance, Journal of Banking and Finance, Review of Finance and the Pacific Basin Finance Journal. He is a recipient of the Fama/DFA Prize for Capital Markets and Asset Pricing (2005), the William F. Sharpe Award for Scholarship in Finance (2001), the Journal of Empirical Finance's Biennial Best Paper Prize (2006), the Fisher College of Business' Pace Setter Awards for Excellence in Research and Graduate Teaching and Johnson's Prize for Excellence in Research in 2010.

He joined Johnson in 2009, after teaching for 19 years at the Fisher College of Business of The Ohio State University. He leads various executive education programs in the U.S., Canada, Europe, and Asia, and is actively involved in consulting with corporations, banks, investment firms, stock exchanges, and law firms. He currently chairs the board of trustees and is past president of the Financial Management Association International and has served as a director of the American Finance Association.

Karolyi received his BA (Honors) in economics from McGill University in 1983 and worked at the Bank of Canada for several years in its research department. He subsequently earned his MBA and PhD degrees in finance at the Graduate School of Business of the University of Chicago.