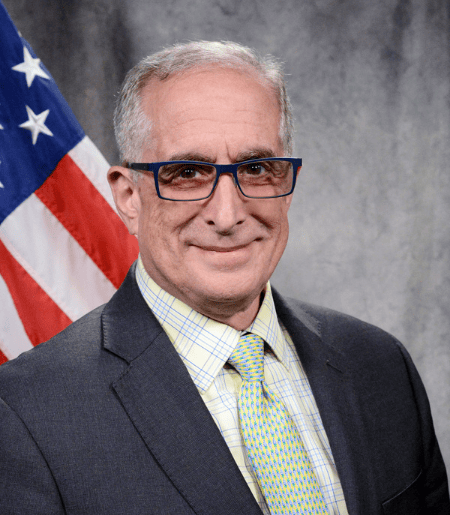 John M. Abowd is the Edmund Ezra Day Professor Emeritus of Economics, Statistics and Data Science at Cornell University. Since June 2016 he has served as Associate Director for Research and Methodology and Chief Scientist at the United States Census Bureau where he leads a directorate of research centers, each devoted to domains of investigation important to the future of social and economic statistics.

Abowd is the past Director of the Labor Dynamics Institute (LDI) at Cornell. He is the past President (2014-2015) and Fellow of the Society of Labor Economists. He is past Chair (2013) of the Business and Economic Statistics Section and Fellow of the American Statistical Association. He is an Elected Member of the International Statistical Institute. Abowd is also a Fellow of the Econometric Society and of the American Association for the Advancement of Science. He served as Distinguished Senior Research Fellow at the United States Census Bureau (1998-2016). He served on the National Academies’ Committee on National Statistics (2010- 2016). He served on the American Economic Association’s Committee on Economic Statistics (2013-2018). He was Director of the Cornell Institute for Social and Economic Research (CISER) from 1999 to 2007. Prof. Abowd taught and researched at Cornell University from 1987 to 2016. He remains a member of the graduate faculty. [July 2021]

His current research focuses on privacy-protected data publication. He continues to work on the creation, dissemination, privacy protection, and use of linked, longitudinal data on employees and employers. In his earlier work at the Census Bureau he provided scientific leadership for the Longitudinal Employer-Household Dynamics Program, which produces research and public-use data integrating censuses, demographic surveys, economic surveys, and administrative data. The LEHD Program’s public use data products include the Quarterly Workforce Indicators, the most detailed time series data produced on the demographic characteristics of local American labor markets and OnTheMap, a user-driven mapping tool for studying work-related commuting patterns.

His original and ongoing research on integrated labor market data is done in collaboration with the Institut National de la Statistique et des Etudes Economiques (INSEE), the French national statistical institute. Prof. Abowd’s other research interests include network models for integrated labor market data; statistical methods for confidentiality protection of micro-data; international comparisons of labor market outcomes; executive compensation with a focus on international comparisons; bargaining and other wage-setting institutions; and the econometric tools of labor market analysis. Prof. Abowd has been Principal Investigator or Co-Principal Investigator for multiyear grants and contracts from the National Science Foundation, the National Institutes of Health, the Alfred P. Sloan Foundation, the Russell Sage Foundation, and the U.S. Census Bureau.

He has published articles in the American Economic Review, Econometrica, the Review of Economics and Statistics, the Quarterly Journal of Economics, the Journal of the American Statistical Association, the Journal of Business and Economic Statistics, the Journal of Econometrics, and other major economics and statistics journals. Prof. Abowd served on the faculty at Princeton University, the University of Chicago, and the Massachusetts Institute of Technology before coming to Cornell. When he is not travelling for his research program, he enjoys polishing his French, touring wine country, and riding his bike (mostly indoors). [July 2021]