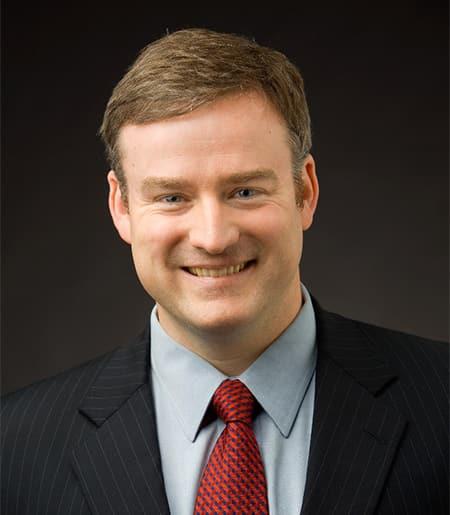 John Cawley is a Professor in the Department of Economics, and the Department of Policy Analysis and Management, at Cornell University. He is co-Director of Cornell's Institute on Health Economics, Health Behaviors and Disparities.  His research focuses on the economics of risky health behaviors; in particular, those that relate to obesity.

In addition to his affiliation with Cornell, John is the Erasmus Initiative Visiting Professor of Health Economics at Erasmus University Rotterdam in the Netherlands and an Honorary Professor of Economics at the National University of Ireland, Galway.  He is also a Research Associate of the National Bureau of Economic Research (NBER), a Research Fellow at the Tinbergen Institute in the Netherlands, and a Research Fellow of the Institute for the Study of Labor (IZA) in Germany. He was a member of the Institute of Medicine Committee "Prevention of Obesity in Children and Youth" and has served on advisory boards and expert panels for the Centers for Disease Control and Prevention and other government agencies.

John serves as an Editor of the Journal of Health Economics.

For his research, John has received the Investigator Award in Health Policy Research from the Robert Wood Johnson Foundation, the State University of New York (SUNY) Chancellor's Award for Excellence in Scholarship, the John D. Thompson Prize for Young Investigators from the Association of University Programs in Health Administration, and the Charles C. Shepard Science Award in Prevention and Control from the Centers for Disease Control and Prevention. During 2016 John served as a Fulbright Specialist in Economics to Ireland. John is also a two-time recipient of the Kappa Omicron Nu / Human Ecology Alumni Association Award for Excellence in Advising of students.

John's research focuses on the economics of risky health behaviors; in particular, those that relate to obesity. He studies the economic causes of obesity, the economic consequences of obesity, and economic approaches to obesity treatment and prevention.  Examples of research projects include: the effects of food advertising on diet and of income on weight; the impact of obesity on labor market outcomes such as wages; the effect of physical education on youths; and the effectiveness of financial rewards for weight loss.

His research has been supported by grants from the following sources: the National Institutes of Health; the Robert Wood Johnson Foundation; the Economic Research Initiative on the Uninsured; the IBM Center for the Business of Government; the Merck Foundation Center on Consumers, Pharmaceutical Policy, and Health; the University of Michigan Retirement Research Consortium; the U. S. Department of Agriculture; the Institute for the Social Sciences and the Bronfenbrenner Life Course Center at Cornell University; and J. P. Morgan Private Bank Global Philanthropic Services.

John's research has been widely covered in the media, including stories in the Wall Street Journal, Financial Times, New York Times, The Economist, Business Week, Forbes, Scientific American, and The Chronicle of Higher Education.

Cawley, John, David Frisvold, Anna Hill, and David Jones. 2019. “The Impact of the Philadelphia Beverage Tax on Purchases and Consumption by Adults and Children.” Journal of Health Economics, 67 (10225).

Cawley, John, Barton Willage, and David Frisvold. 2018. “Pass-Through of a Tax on Sugar-Sweetened Beverages at the Philadelphia International Airport.” JAMA, 319(3):305-306.

Cawley, John and David Frisvold. 2017. “The Incidence of Taxes on Sugar-Sweetened Beverages: The Case of Berkeley, California.” Journal of Policy Analysis and Management, 36(2): 303-326.

Simon, Kosali, Aparna Soni, and John Cawley. 2017. “The Impact of Health Insurance on Preventive Care and Health Behaviors: Evidence from the First Two Years of the ACA Medicaid Expansions.”  Journal of Policy Analysis and Management, 36(2): 390-417.

Cawley, John. 2015. "An Economy of Scales: A Selective Review of Obesity's Economic Causes, Consequences, and Solutions." Journal of Health Economics, 43:244-268.