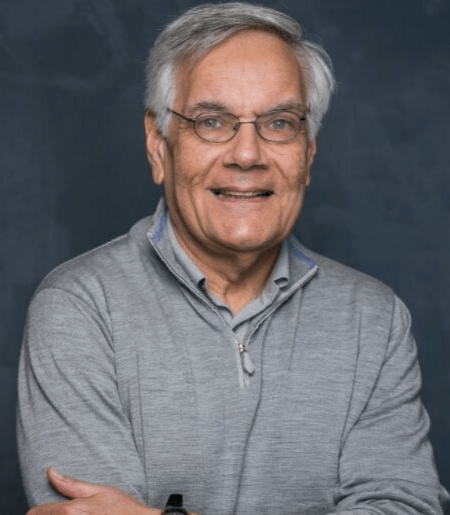 Professor Waldman, the Charles H. Dyson Professor of Management and Professor of Economics, has served on the faculty of the Samuel Curtis Johnson Graduate School of Management at Cornell University since 1991. He is widely recognized as one of his field's top researchers in the area of applied microeconomic theory, where his main fields of interest are industrial organization, labor economics, and organizational economics. In these areas, he is best known for his work on learning and signaling in labor markets, the operation of durable goods markets, and the strategic use of tying and bundling in product markets.

In addition to his work in industrial organization, labor economics, and organizational economics, Waldman has also conducted research on a diverse set of topics including the role of expectational shocks in business cycle fluctuations, the role of tied transfers in family and government decision making, how the theory of natural selection can explain systematic errors in decision making, and the ramifications of limitedly rational behavior for market outcomes.

In 2003, Waldman was the recipient of the Johnson Faculty Research Award and in 2008 he, along with coauthors Dennis W. Carlton and Joshua Gans, won the Robert F. Lanzillotti Prize for the Best Paper in Antitrust Economics presented at the 2008 International Industrial Organization Conference. He has also received honors for his teaching including being nominated in 2010 for the School’s Apple Teaching Award and receiving the AMBA Class of 2017 Core Faculty Teaching Award.

Waldman received a Bachelor of Science in economics from MIT in 1977 and a PhD from the economics department at the University of Pennsylvania in 1982. Following a post-doctoral position at the University of California at Los Angeles in 1982-83, he was hired by the university as assistant professor in the department of economics. He was promoted by UCLA to associate professor with tenure in 1989. In 1991, he moved to Johnson as a full professor of economics. He was given the Charles H. Dyson Chair in Management in 1997. From 2011 to 2015 Waldman’s appointment at Cornell also included membership in the university’s department of economics. Waldman has also visited Yale's School of Organization and Management and Chicago's Graduate School of Business, where he was the John M. Olin Visiting Professor during the 1997-98 academic year.

During his 26 years at Cornell, Waldman has served both Johnson and the university in numerous capacities. He has chaired three different MBA curriculum reviews and has served as the chair of Johnson’s Faculty Policy Committee multiple times. In October 2008, Waldman began a four-year term as director of the Institute for the Advancement of Economics at Cornell. He was appointed by then Acting Provost David Harris to lead the council in its work to improve and raise the profile of the economics discipline university-wide. During the 2009-2010 academic year Provost Kent Fuchs appointed Waldman to the university's Strategic Planning Advisory Council. This was an 8 member committee consisting of faculty drawn from the various colleges at Cornell. The committee drafted a long-term strategic plan for the university that identified the goals, strategies, tactics, and metrics that will define the Cornell of the future. During the 2010-2011 academic year Provost Kent Fuchs appointed Waldman to be the chair of a university-wide Economics Reorganization Committee which had the charge of formulating a plan for reorganizing and improving the economics community at Cornell. The university implemented the committee’s plan on July 1, 2011.

Waldman has recently explored whether the exploding growth in autism diagnosis rates over the last few decades can be partially explained by the existence of an environmental trigger for autism that has become more prevalent over time. He is the lead author of “Autism Prevalence and Precipitation Rates in California, Oregon, and Washington Counties" which appears in the November 2008 issue of Archives of Pediatrics & Adolescent Medicine. This paper provides evidence consistent with the existence of an important environmental trigger for autism among genetically vulnerable children that is positively associated with precipitation. He is also the lead author of the 2006 National Bureau of Economic Research Working Paper, titled "Does Television Cause Autism?," and the 2012 National Bureau of Economic Research Working Paper, titled “Positive and Negative Mental Health Consequences of Early Childhood Television Watching.” These papers provide evidence consistent with the specific environmental trigger being early childhood television viewing. Waldman plans to continue conducting research on this topic.