‘More inspired than ever:’ Cornell students start their journeys in law, med school

Though the COVID-19 pandemic — combined with a boom in application numbers — made this year’s cycle an unusually competitive one for students applying to medical and law schools, Cornell students successfully navigated the process and are headed to some of the country’s top professional schools this fall.

Sukhmani Kaur ’21 knows exactly what she will specialize in at Harvard Law School. 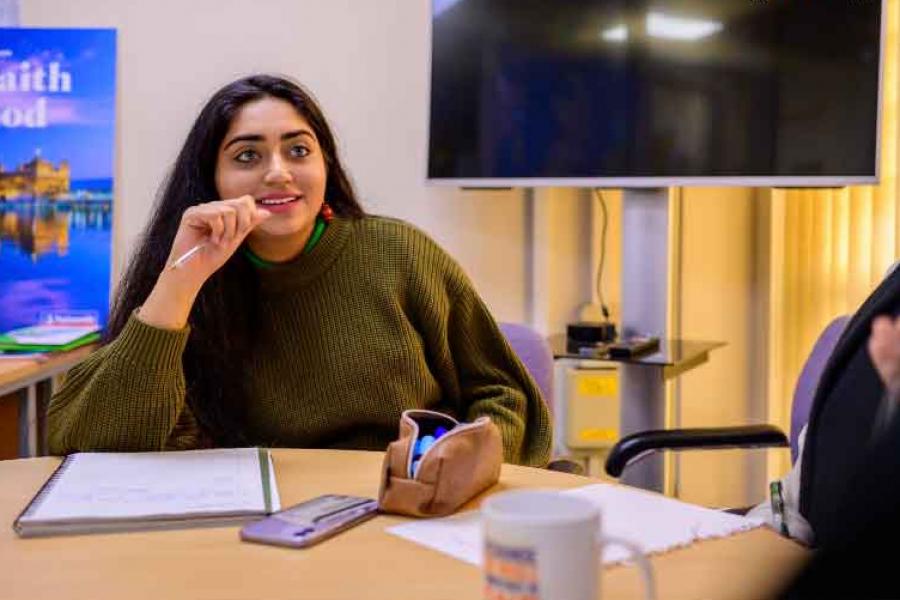 Kaur working during an internship with Khalsa Aid.

“My parents were born and raised in India and both survived the genocide of the Sikh population,” said Kaur, whose mom and dad eventually fled India for South Africa. “What it’s done to them as people and what we all carry through intergenerational trauma, I’ve never forgotten.”

After finishing foundational classes during her first year, Kaur wants to study human rights and international criminal law, hoping to one day “bring justice and healing to communities hurt by these international crimes and atrocities,” she said. A history and government major, Kaur said her parents’ experience was something she focused on in her law school application essay. “They want to see clearly why you want to go to law school and why right now is the correct time for you to go. I wrote about what it means to come from a community where you’ve been shattered by genocide and also shattered by a lack of justice.”

Kaur is one of many Cornell undergrads headed to medical or law school who navigated at least part of the process during the COVID epidemic. The pandemic caused multiple disruptions to the process in the last 18 months. In 2020, law school applicants took a shortened Law School Admission Test (LSAT) virtually, while medical school applicants took a shortened Medical College Admission Test (MCAT) in person. Schools also moved the entire interview process online.

The Law School Admission Council’s statistics show a 35% increase in applicants for this year’s class over last year, while the Association of American Medical Colleges reported that the number of students applying to enter medical school in 2021 is up 18% from this time last year.

“These applicants have been preparing for years for this career goal, and like all of us, their plans were upended by the pandemic,” said Ana Adinolfi, senior career associate and pre-health advisor in the College of Arts & Sciences Career Development office. “Applicants showed tremendous resilience  changing their plans week to week as MCAT dates were cancelled and interviews were moved online.”

For Kaur, the pandemic meant she was taking the LSAT online from home in South Africa with an unreliable internet connection, unstable power, two siblings, two puppies and her parents in the house.

“Plus, this cycle was so competitive, so that added a lot of pressure and anxiety,” she said, adding that she tried to stay off of social media, where people were reporting their results and interview successes and failures.

Calvin Schuster ’19, was able to take the shortened version of the MCATs in person, but he did go through the interview process virtually. Schuster took two gap years after graduation before enrolling at Johns Hopkins University School of Medicine this fall. During those gap years, he did research at Beth Israel Deaconess Medical Center in Boston.

“I loved my years at Cornell so much and wanted my senior year to focus on being a student 100 percent of the time,” said Schuster, who majored in biological sciences and minored in creative writing. “Plus I wanted those gap years to dive into research and they have helped me to clarify my own interests. I know for sure that I want to work in a teaching hospital.” 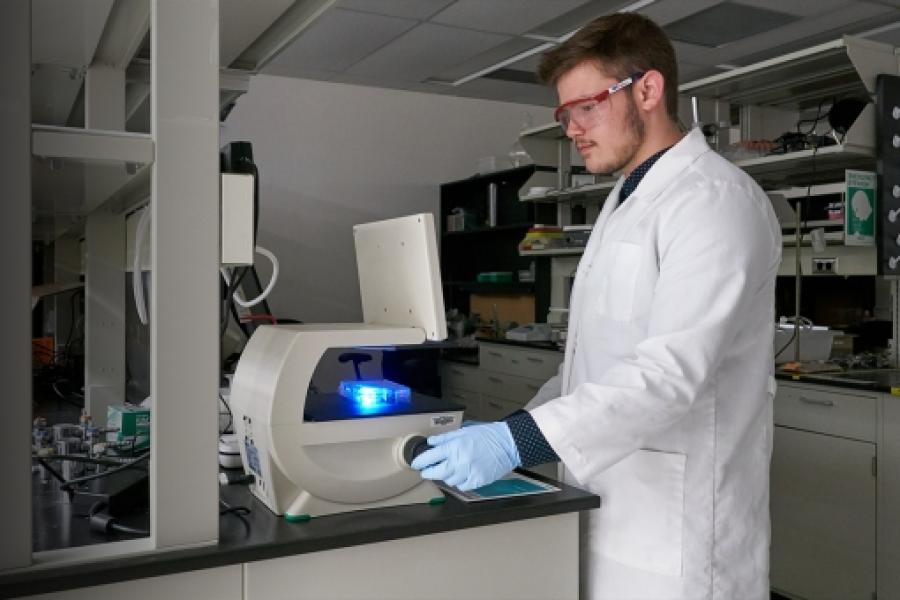 Schuster worked in the Kotlikoff lab as an undergrad.

While some would assume that the pandemic might make students wary of choosing medicine, Schuster said working in a research hospital during the last two years inspired him even more. “I watched the real-time response of physician scientists as the global pandemic panned out,” he said. “I could see how they paused their regular projects to rally around work related to COVID-19. The collaboration was unbelievable.”

Pratik Vadlamudi ’21 feels the same commitment to medicine as Schuster, as he  worked at Cayuga Medical Center in Ithaca during the pandemic. A biological sciences major, he’s starting medical school at the University of Michigan this fall.

“The people I met were proud of being physicians and nurses during COVID,” Vadlamudi said, though he thinks health care workers deserve better benefits for putting themselves at risk daily. “These people are heroes.” 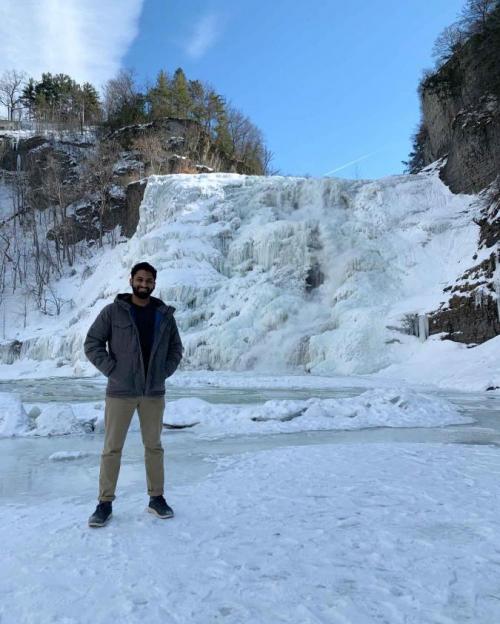 Vadlamudi graduated a semester early and decided to head to medical school this fall rather than take a gap year, though he’s discovered that most of his classmates are 23 or 24 years old. He was pleased with his MCAT scores and the pandemic made it impossible to find in-person clinical work, anyway.

“My application was complete; I didn’t feel the need to add anything,” he said, adding that Ana Adinolfi, senior career associate in the College of Arts & Sciences, suggested he apply to about 20 schools.

For Stephanie Huang ‘16, there weren’t 20 applications to fill out. Her choices for law school were more limited as she’s keeping her full-time job as a patent agent at Unilever while attending Fordham Law School this fall in the evenings.

“I was a biological sciences and French double major, so I was more on the med school track than law school,” Huang said about her undergrad time at Cornell. But after joining Unilever as a formulation chemist after graduation, she slowly made her way into product development, then patents and found that work enjoyable and interesting. She’ll be studying patent law, as well as other types of business law, at Fordham. 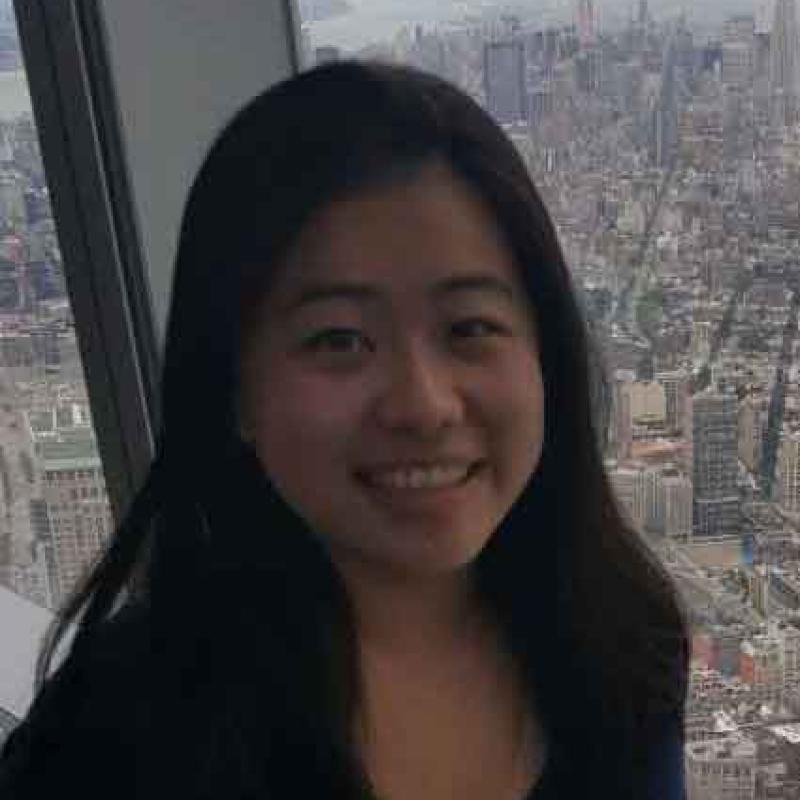 Huang said her liberal arts training has come in useful in her career, as she is sure it will in law school.

“A lot of patents are global, so I can browse a patent written in French and that’s actually really helpful,” she said. “And having to do all of that non-scientific reading at Cornell and being holistic in my education helped prepare me for both the LSAT and law school.”

Also starting school this fall for a dual law and MBA degree at the University of Pennsylvania is Ronni Mok ’19, a statistical science and economics major who spent a couple of years working after graduation at McKinsey & Company before returning to school.

“I was always interested in law, but also enjoyed my time at McKinsey working with technology clients on their business challenges,” she said. “I thought that law from a tech angle was an interesting and unique way to pull all of my interests together.” 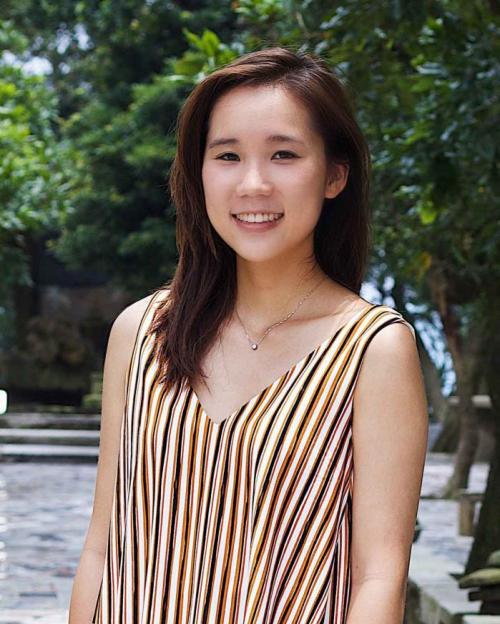 Coming to Cornell undecided on her major, Mok said she’s always been someone with broad interests — taking a wide variety of classes, landing internships in finance, law and marketing and joining clubs such as the Cornell International Affairs Review and the Cornell Design & Tech Initiative engineering project team.

“My essay explained how all of these pieces come together and I think it made me a more interesting candidate because schools value this kind of diverse experience,” she said.

Many alumni don’t realize that the career services offices can help young alumni up to five years out of school, Huang said. “Luckily I reached out to Diane (Miller, associate director in A&S Career Development.) She definitely helped me to frame my story in a way that was more coherent.”

“Take advantage of all of the excellent resources Cornell has to offer,” Schuster said, adding that his work at the Carl Becker House and with the Intergroup Dialogue Project helped him connect with and learn from people from many different backgrounds and majors, experiences that he said will benefit him as a physician.

Vadlamudi agreed that hanging out with people who were applying – and people who weren’t — was important in order to keep perspective. “Some of my friends pushed me to do research, but others told me to come play cards and have pizza. It was good to make time for both.”

Cornell launches $5B campaign ‘to do the greatest good’